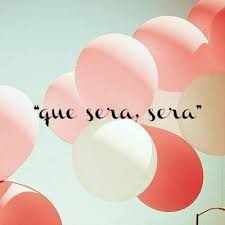 I think the medications are starting to work. After nearly half a year with serious depression and eight weeks at the “things are getting fairly dire” level, my psychiatrist finally upped the dose on one of my meds.

It’s now over the recommended limit but that doesn’t particularly worry me. They build a lot of wiggle room in dosing levels to avoid accidents. Besides, I’m not anti-medication. I don’t consider more to be an inherently bad thing.

I’m not particularly pro-medication, either. I’m in the “do what works for you and other people really shouldn’t judge” camp. Medication works for me. I have a tendency to get suicidal without, an unfortunate quirk.

The increased dose seems to be having the desired effect, which is a relief. I was getting very tired of apathy and despair.

I wasn’t sure in the early days if it was going to work out. Shortly after I started taking them, I started feeling ill. Really ill. So sick that most days were spent lying on the couch, trying not to vomit. I suspected the meds, but there was a problem.

I didn’t control for variables. When you make a change, you need to change one thing at a time so you can be sure that any results are correctly attributable. I screwed up.

Two days before I increased the dose on the antidepressant, I had a dental implant put in. Dental surgery can also make you feel quite ill. So can the antibiotics I started taking at the same time. Three changes made identifying the culprit problematic. I wasn’t sure which thing was to blame for the overwhelming urge to vomit in a non-eating disordered kind of way.

The easiest thing to change was the antibiotics and fortunately, they turned out to be the cause of my distress. I should have suspected them first thing; I tend to do poorly with antibiotics. I think I suspected the antidepressants because that would be bad luck and I have a tendency to look for rain rather than rainbows.

At any rate, I dropped the clindamycin and felt better within a few hours and back to myself within twenty-four.

If depression is a long slide with a few pauses along the way as you struggle to halt your downward momentum, the trip back up is like a stair case. A challenging one. The treads are narrow and the risers are tall. Forward progress can take a while.

It isn’t a day by day better, at least not yet. Currently, it’s moment by moment. It’s flashes of relief which are both a welcome respite and a sad reminder of what you lost. They are also entirely too short in duration.

The hope is that you get more flashes more frequently. The hope is that they’ll band together and grow, that the treads on the stairway will increase in width and provide you with stretches of stability. Interestingly, as the treads become more substantial, the rise drops. The further you climb, the easier it gets to keep moving up, contrary to the rules of gravity.

But it’s a slow, hard slog in the beginning.

Unfortunately, fear also comes with these glimmers of recovery. Fear that flashes are all you’ll get. That the one moment of respite you experienced is all there will be. I know it’s unlikely. It’s likely the medication is working and I’ll start moving towards feeling better. But fear is seldom a fan of logic.

I’m also afraid of the other shoe dropping. I’m afraid of the next depressive episode and I haven’t even climbed out of this one. It’s utterly pointless, of course. Whether depression comes again is only marginally up to me.

Accepting the chronic nature of depression isn’t a “one and done” thing. You have to find acceptance over and over so you don’t waste time on pointless anger and accusations levied at the universe. Que sera sera.

Do you have a chronic condition? Are you able to fully accept that reality or is it an ongoing struggle?

5 thoughts on “When the meds start to work.”