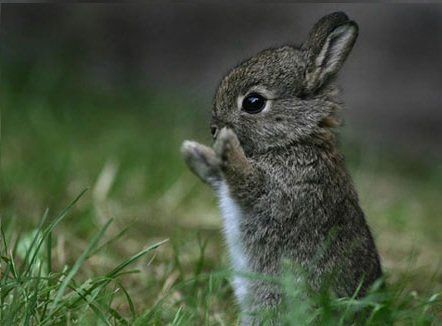 my daughter and six-month-old grandson moved into my house last week; it’s been a big change. up until last week, i lived a very quiet, very tidy, very structured life. it was just me and my eighteen-year-old son and since he has a job and a life of his own, his impact on our home was minimal. i was therefore able to build an environment that suits me completely. it was quiet and peaceful most of the time. things were well-organized and tidy; no clutter to irritate or agitate. everything was designed to keep me feeling safe and solid. it was set up that way to lower my anxiety level; if i couldn’t fix myself, then i would alter my world so at least home would be less problematic. life happens though, and now the design is in flux. chaos has moved into my sanctuary. life showed up.

children come with stuff. bottles, bowls, and spoons now litter countertops that used to be pristine. toys stand at attention along the edges of the living room rug and in the centre of the coffee table. bottles abound, and my formerly picture-perfect dining room now houses a stroller and high-chair. there’s baby spillover everywhere and i don’t want to think about the amount of laundry we now produce. additionally, “peaceful” and “quiet” are not descriptors one applies to infants. i’d forgotten that fact.

i’d forgotten something else important about babies that having one around reminded me of. it isn’t their appealingly chubby faces and toothless grins, nor their overwhelming cuddlesomeness; those qualities stick in your memory. what i forgot is that babies are completely, totally, and inextricably connected to the now. they’re in the moment. babies are an object lesson on how to simply be.

when he’s on the rug, he’s on the rug; he’s not thinking about the laundry that needs to be done. when he plays with his little plastic train, he’s all about Thomas, not the paper that needs editing, or what he looks like in his onesie. when he’s chewing on his rubber moose, he’s not obsessing over bills that need to be paid, or conversations he had twenty years ago that may or may not have hurt someone’s feelings. he lives where and when he is. he engages in whatever he’s doing wholeheartedly.

about the time my family moved home, a brown bunny started to show up in my front yard to eat its breakfast. i don’t know how old he is, though i suspect wild rabbits die young. nature is a hard lady. he has soft, brown fur and the colour reminds me of a fawn’s pelt. his white cottontail glows like an advertisement for heavy-duty laundry detergent and he’s a little mangy, which makes me want to scoop him up and brush him ‘til he shines. that likely won’t happen since we’re at the “tolerate each other” stage of our relationship; he tolerates it when i watch him from the front stoop and i tolerate his independence. i’ve given up on the idea of gentling him to my touch; when i move in his direction, no matter how slowly or gently, he disappears in a bound and a flash.

like my grandson, the rabbit has also mastered the art of living in the now. he keeps one eye on the sky, i suppose, at least i hope he does, since i’d hate for him to miss an eagle plunging from on high, but mostly he’s present. when he’s still, he’s still. when he’s focused, he’s focused. when he is eating, he eats. like my grandson, he commits to what he’s doing wholeheartedly; he’s not distracted by the minutiae that clutters up the adult human brain, limiting our ability to stay in the moment and savour it.

the way they exist seems effortless. apparently, it’s not work to simply be. that’s interesting since living in the not-now takes a great deal of effort. all those thoughts and split-focuses take energy.  you have to be paying attention to get distracted by the undone and unimportant. you have to not be paying attention not to realize there’s a better way.