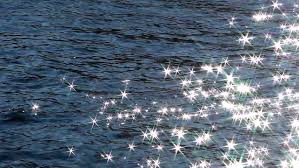 there’s a poster taped to the mirror on my bedroom dresser that lists ten steps to take if your depression is acting up; things you can do to help fight the beast. number one is “are you hydrated?”

a similar post on my office wall lists “30 Habits for Happiness” and number fourteen is “drink lots of water”.

an afflicted friend informs me that the advice is similar for diabetics. ever doctor, every article, every online group regularly exhorts her to drink up.

is water really such an effective curative? why were our ancestors so much better at getting enough? part of it is marketing, i’m sure. you have water, resting on its laurels, ignoring the challenges to its supremacy by up and coming beverage companies, thinking that simply by virtue of it being wholly necessary it would continue to hold the market share. water definitely underestimated the degree to which human beings will act against their own self-interest if the advertising is done well enough.

the pepsi generation looks way cooler than the water one. i want to be friends with those people. they wear awesome clothes. the fun crowds in the beer commercials catch my eye as well; obviously, my social problems are due to my lack of affection for hops. water filter commercials that feature people wading through empty bottles don’t generate the same sense of fun, inclusivity, and excitement.

logic says that concern for our physical and mental health should keep us chugging the adam’s ale, as my godfather used to call it, but it’s been proven time and again that humans, given the option between the good choice and the shiny choice will pick the one that sparkles every time, regardless of long-term negative consequences.

i’ve never had all that much affection for the obvious solution. i’m more likely to listen to someone who suggests that i stand on one foot and eat a pepper-covered lemon slice to cure my headache than i am to one who suggests dehydration may be an issue.

the oddness of that is fairly unique to our species. we easily and readily reject the things that are good for us; other species are not as clueless. put a bowl of water and a bowl of orange soda on the floor for your cat and the feline will choose the former every time. they are not interested in the shiny, overly-sweet, potentially carcinogenic soda. of course, cats don’t consume advertising either and so are unaware that by choosing water, they are rejecting a lifetime of sunshine and beach-volleyball with the rest of the cool kids. 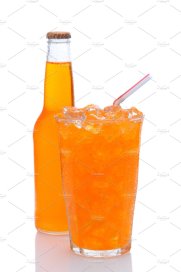 like most self-evident truths – we are mostly water, we use up a lot of water, therefore we should consistently consume water – the health benefits of consistent hydration are easy to ignore.

yes, i know i should drink more water, and yes, it makes me feel better, and yes, my mood does decline when i’m dehydrated but the sweet and fizzy bubbles of my lemon-lime soda always seem much more appealing, albeit oddly non-thirst quenching.

with the shocking lack of self-awareness regarding the obvious that i find so amusing, i am surprised when i feel less than optimal on a variety of levels because i don’t drink enough water. because the truth is that it really is that curative and that restorative, and when we are deficient, we suffer.

luckily, the oversized, souvenir alcohol cup i picked up in las vegas on my last trip is now being put to a more healthful use. it has graduated from margarita provider to bringer of hydration. i don’t get the fun, loopy head that the original contents provided, but i feel physically better when i consistently empty the glass. i hate it when advice turns out to be true.

One thought on “hydration is an annoyingly universal fix”