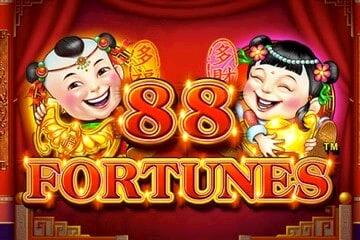 I am an addict. I’m a promiscuous one as well; I don’t have any brand loyalty.

Some people don’t believe in an addictive personality. Since I possess one, I tend to disagree. I have spent my life looking for ways to alter my mood, to make me either not-me or absent in my head and I haven’t been overly picky about what I do to make that happen.

It’s why I held onto my bulimia for so long or at least part of the reason. Bingeing, purging, and excessive restricting are very effective at mood-altering. They numb you right out. Until you come back to yourself and chase the feeling again. But eating disorders are tricky, classification-wise. They straddle the line between mental illness and addiction, containing elements of both.

Although I didn’t associate it with my eating disorder behaviours until later, I recognized my addictive tendencies early on. I denied the reality a bit though; I gave myself too much leeway at times. Unfortunately, the need to fix your head can only be resisted for so long, even if your coping choices are maladaptive. Especially when you know of something that will help. After a while, “bad for you” and “dangerous” become less of a deterrent.

I didn’t drink when I was underage and I didn’t try drugs, not from personal conviction or a belief in the drinking age but because my parents expected me not to. They wouldn’t have been angry, I was regularly told to call if I ended up somewhere not sober, but they’d have been disappointed in me and that was worse.

I avoided being a day-drinker, mostly. But evenings from Wednesday to Sunday from nineteen until about twenty-two, I was hardcore. I drank to excessive excess. I did stupid things to keep drinking, like stealing unattended drinks from the tables of random strangers when the money ran out. I stopped getting regularly drunk because I was hospitalized for my eating disorder and when I realized how much I missed it, I decided alcohol mostly had to go. I’ve been a parsimonious drinker ever since, although I still drink to excess on the four to five times a year I imbibe.

I’ve followed the same pattern time and again. I’ve used and abused opioids. I’ve used and abused benzodiazepines. Ditto marijuana and gambling. Most of these I’ve stepped back from, most I’ve banished into the abyss or subjected to rigid controls. I know how the story ends; I’ve lived it with my eating disorder. Unchecked addiction never goes well. I don’t even take the Ativan pre-procedure at the dentist’s office anymore, not because I don’t need it – I tend to freak out – but because of how much I want it.

It’s why I always stayed away from hard drugs. Not because I thought I’d dislike them. I stayed away because I knew I’d like them too much.

We will do a lot to escape the pain inside our heads.

There are few twelve-step groups for “addicted to addictions” though to be honest, I don’t find the groups all that helpful for me. They work really well for some people. I just had issues.

My problem was people-based. As in, there were a lot of people I don’t know in a place that was unfamiliar. My anxiety really, really didn’t like it. Especially because you’re there to expose vulnerabilities. Because I’m socially anxious in addition to generally anxious, interacting is difficult. The group left me feeling excluded; it made my feelings of isolation and loneliness worse. Alone with what should be your tribe is an awful feeling.

My best experience with a support group of that type was a call-in one. You could speak up or just listen in and no one could see you. I didn’t feel quite so terrifyingly exposed. Luckily, I’ve learned to deal with my addictive tendencies in other ways.

The most important thing about being an addict is remembering you are one. You have to watch carefully for behaviours that are becoming obsessive. You have to be wary of crossing the line.

I’ve been doing a little gambling online. Nothing excessive. The first thing I did was set up a weekly deposit limit. And for a long time, I kept to my self-imposed play schedule: twice a month on payday. It’s no different, I rationalized, than buying a lottery ticket. And for a while, it wasn’t.

But then my depression amped up, and suddenly once a week seemed good. No twice. Maybe I could just spin the slots in the morning. I just needed something to help me feel better. “Need” is one of those words that should have your inside voice screaming, “Danger Will Robinson” when you’re an addict.

I won some games. I lost some too. So far, I’m about even. This is actually a bad thing because it allows me to justify a behaviour that’s becoming problematic.

This is one of the problems with addictive behaviours. They seem so benign, so “what’s the harm” in the beginning. It’s only when you try to get out that you realize you’re stuck. But I’m pretty sure the game I’ve been playing is about to pay off in a big way. The cumulative jackpot is ready to pop, ready to give me a chance to match three to win a big prize. Even the smallest prize is good: fifty dollars. I have a good feeling about it. I just know I’m going to get the four-thousand-dollar pot. I just need to raise the weekly limit so I can play one more time. Get out of my head for a bit. Just another twenty dollars should do it.

Which means, I won’t be playing anymore.

When you are an addict, when you have a tendency toward addictive behaviours, an escalation is never benign. You forget that at your peril.

Do you get addicted?

15 thoughts on “When your drug is addiction.”