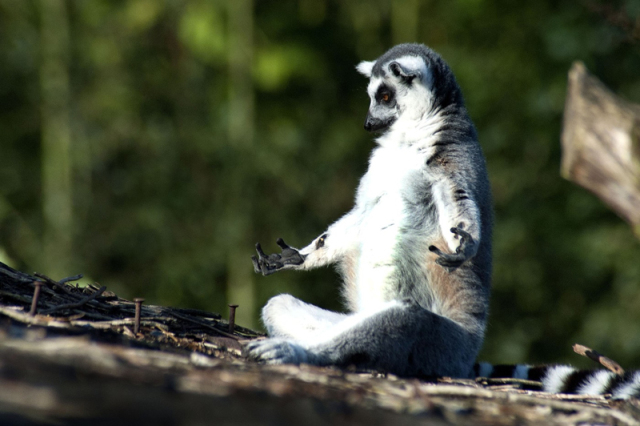 i get tired of all the navel-gazing i do, even if the part i’m analyzing is my brain and not my abdomen. which is not to say that i don’t spend a significant amount of time contemplating my abs, but i do it in a physical rather than metaphorical fashion; my eating disorder is one of the ways my brain tries to deal with the anxiety that races inside me. when my head starts to feel like my brain is trying to claw its way out of my skull, the following thought appears in an effort to redirect my focus: “you’re fat.”

it’s harder to sustain the thought of late, however, and in a way, that’s a good thing, a sign of progress. i can’t sustain the fat thoughts because i’m seeing more clearly of late. i see the bones running into my sternum and the ribs on my back and i know it means i’m thin. i know it means i’m pushing underweight, if i’m not there already. so, i can’t sustain the fat thoughts, unless i push on into full-blown binge and purge behaviour and i’m fighting against that hard. which means the anxious feelings have nowhere to go.

i tend to dissociate more when my brain is like this, but right now, it’s early, so the feelings are unassigned. i’m not yet obsessing about this train of thought or that memory; all i have is the feeling that my head is full of ping pong balls that are bouncing off one another inside my skull, causing me a pain that isn’t pain.

i miss benzodiazepines. i miss the quiet they bring. i miss the brain that is empty, that just hums along with a pleasant buzz instead of the unpleasant quiet cacophony. it’s why i like drinking and why i like marijuana and why i tend to avoid both; the probability that i’ll abuse them is quite high. when you’re feeling desperate, any solution will do, even negative ones.

i get tired of living this way. i get tired of thinking about what my brain’s doing. i’m tired of undertaking the five steps to treat a panic attack. i’m tired of analysis and journaling and meditation. i want to wake up just one day without this feeling setting in within minutes. i have to admit that it pisses me off, which is a negative as well. not the anger, that’s just a thing, but the way i deal with it. i react poorly when i get angry and often engage in the same negative coping techniques that i use to deal with my anxiety.

starving myself or cutting myself when i’m already struggling seems like an unkind thing to do.

the fact that i’m not alone in this, that millions are struggling similarly as well, is not as comforting as one might suppose, since i feel badly for them as well. how do we do this? how long do i have to do this for? it’s been decades and i’m kind of pissed off over the unfairness of it all, despite knowing that life has nothing to do with fair.

just a few moments where i don’t have to respond to and redirect every thought. just a brief window where i can have a quiet brain without forcing it to be that way chemically. just a few moments to be me without hearing that anxiety voice as it stomps painfully through my brain.