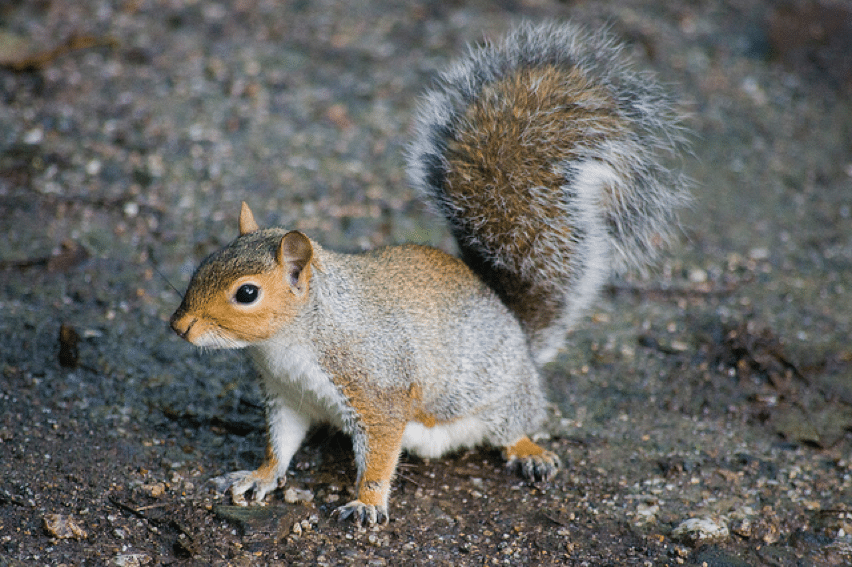 I thought it was going to be a stern lecture. The expression on his face said “determined disapproval”. What had made him so irate was unclear.

Was it because I was smoking? Is everyone on “team quit”?

I’m working on it.

No, I’m not defensive, why do you ask?

I’ve made lots of positive changes, you know.

I don’t have to be perfect.

These thoughts and others swirled inside me as I watched him make his way across the yard. I enjoyed watching him move.

But then, there’s much I enjoy about squirrels. This one was light brown and exceptionally fuzzy; I think he’s one of the pups from the roof next door. We’re practically friends. We watch them and they watch us. It’s entertaining and cordial.

I like the way squirrels don’t walk; I like watching them leap and ripple, pause after nearly every advance to sit up and look around, bushy tail waving behind them as they cock their heads and take stock.

Then another leap, another pause to survey.

I pray for an absence of predators when the squirrels pop out from the forest into the back yard. Watching an eagle grab an afternoon snack on the hoof, so to speak, is an experience I can live without.

He was oddly marked on his face; whether it was due to injury or pigmentation was unknown.

The marks looked like a bridle, stretching in thin lines from the corner of his mouth to his ear, with a browband and throat lash circumnavigating his head.

Perhaps the fairies put it there. Perhaps he played the role of steed when he wasn’t bent on sermonizing. Because I was convinced of his intent.

He was determined, I’ll give him that. His approach was undeterred even though I shifted my chair, an event that sends usual squirrels scurrying for cover. They’re ridiculously high-strung little beasties.

I didn’t want to hear what he had to say. I was not in the mood.

You’re not my dad.

I give myself plenty of lectures. I don’t need to be told off by a squirrel with delusions of grandeur.

His bravery was not determined enough to hold firm in the face of my sudden ascension. Squirrels don’t like it when you stand tall. Who can blame them? I’d be disconcerted facing someone twenty times my size, too.

Off he ran, tossing a last reproachful look over his shoulder before he disappeared into the hedge.

I felt guilty over not letting him approach and say his piece, but it’s been a challenging kind of day and I haven’t even had breakfast yet. I’m not willing to add squirrel criticism to the mix.