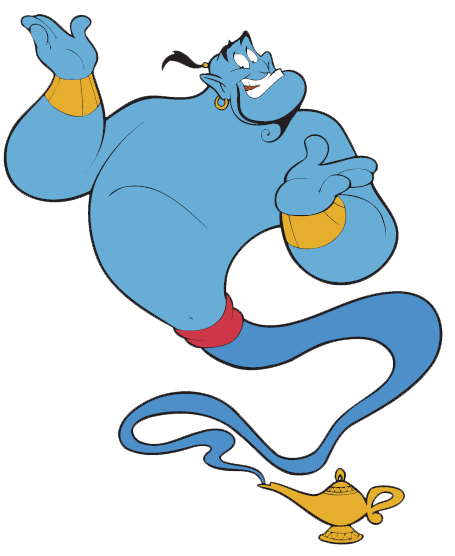 I wish I could find a magical creature. It seems unfair that I haven’t. The books I devoured as a child made it seem like there would be magic around every corner. I think I’ve come close a couple of times but nothing along the lines of finding a magic lamp that releases Robin Williams when my anxiety over the battered and filthy state of the find kicks in and I try to spit-polish it clean.

Although “three wishes and no more wishing for more wishes” is wholly unfair.

Once I get going, there appears to be no end to the list of things I want. It’s hard to know where to begin. It’s not all selfish and self-serving. I’d wish for my mother’s diabetes to resolve. Type I is a killer. Her body dies a little more every day and I hate it.

After that though, it’d probably be money. I used to think it would be a perfect body but I’m trying to move away from thinking like that. Plus, with a big bag of money, I could buy one.

It’s not all waiting around for genies. I take action to secure worldly wealth. I faithfully buy a lottery ticket every week. Sure, I’m more likely to be struck by lightning while being eaten by a shark, but it’s something. Never let it be said I didn’t do my part.

I have fun thinking about what I’d do with the money should I be one of the favoured few who wins. I used to obsess over starting on home repairs. I planned on hiring a landscape architect to transform the outside and a suitably attractive contractor to address the interior. I imagined new closets, refinished floors, and a quartz-topped island in the kitchen. A library with floor to ceiling shelves and a book ladder. I had big plans. Until my son pointed out that since I was theoretically filthy rich, it might be easier to theoretically move to a new house.

I’ll probably take some of the furniture.

I plan on remaining a good person, of course. Being part of the one-percent won’t change me. I give away ten percent of my imaginary winnings to charity every time my imaginary numbers come up. Though I’ve noticed, the more I supposedly win, the less generous I’m inclined to be.

The ten percent stands. But the percent of winnings I’d dole out to friends and family gets smaller as the jackpot numbers move from ten million to twenty to fifty. Do they really need more than a million dollars? Most of my friends are lousy with money anyway. And I’d hate to spoil my kids.

Apparently, rich me is greedy and selfish.

I wouldn’t mind finding out.

8 thoughts on “I wish I could find a genie – random Sunday thoughts.”