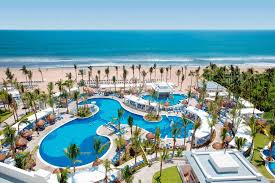 I’m running away from home at the end of the week.

The “running” will actually take place on an airplane; I’m headed to Mexico for a week at an all-inclusive. My credit card company is pleased with my impulsive decision. I’m grateful for the credit limit that allowed me to make the purchase. I’m not so thrilled with the idea of paying it off for the next year, but needs must.

It was a last-minute decision, almost literally. I booked the trip two weeks ago. I’ve been sliding down the depression slope for awhile now, for a variety of reasons. I woke up one morning and realized that I was getting perilously close to the end of my rope.

Everything seemed hard and utterly pointless. The only thought in my head was escape. Escape via airplane seemed like a better alternative than the final one that had started to flit around my brain.

I need time off. I need time away. I need a chance to reset and get myself back in order; I can’t find that at home anymore.

Home used to be my sanctuary. It was the quiet and peaceful place where I lived with my son. Because it was only the two of us, I was able to make it “just so”. It suited me. It soothed me. It was quiet, and neat, and tidy, and organized. My things were where I needed them to be. The controlled environment helped me keep my anxieties in check, helped keep the depression at bay.

A year ago, everything changed.

Change isn’t inherently bad, but for me, it’s a struggle. I prefer order, structure, routine, and predictability. It helps my mental state. I’ve lived much of my adult life in environments of order and organization.

But, a year ago, my son fell in love. The relationship turned serious and he asked if his girlfriend could move in with us while they went about finding their own place. I agreed. That was change one to the environment. It wasn’t a terribly big one; she worked, and when she was home, they hung out together. Still, the kitchen was more crowded. More food filled the cupboards. The downstairs bathroom got messy. My eating disorder started to get stressed.

Shortly thereafter, my daughter left her partner and moved home with my four-month old grandson. He’s a love, and I enjoy him a great deal. But that was change two and it was a biggie. Suddenly, there were people and stuff everywhere. Gates blocked previously open doorways. The counters were cluttered with baby paraphernalia. I supervised, more than I intended; I was once again a child-minder. I could no longer sit on the couch and watch the television shows I wanted; the family room had become baby central. Mess abounded.

I don’t demand. I sidle up to contentious topics sideways and softly suggest: “Please, if you wouldn’t mind, if it isn’t too much bother, could you perhaps, please, maybe clean up after yourselves so I don’t walk into a kitchen littered with detritus?”

To be fair, they always respond well and swear to change their ways. It’s good, however, that they’re not swearing on their immortal souls, else I’d be in possession of three moderately used ones already.

There are two solutions. Ask everyone to leave or learn to adapt. I’m working on the latter, but it’s hard, it’s a struggle, my depression has amped up, and I’m edging close to despair.

Hence, the whole running away from home thing. A break to reboot, reset, and gain some perspective.

I’m nervous, in that distant way that depression allows. I’ve never travelled alone before, never been on vacation alone before, so I have some concerns. There are the over-the-top ones: visions of hostage takers and tsunamis and roving gangs abound. I have others as well.

I have visions of sitting alone and ignored while I lie by the pool or make my way to the dining rooms. I assume no one will like me or want to engage. I’m working on countering that so I don’t have an off-putting vibe or chase people away with intimidating body language.

There’s also the whole “you have to be perfect to wear a bathing suit and you’re not; I can’t believe you’re even thinking of showing your body to strangers when you’re such a failure and pathetic loser” line of thinking that my eating disorder is engaging in. It’s effort to overcome that as well.

But there is tequila on the horizon. Yes, I’m aware that staying slightly sloshed will be using alcohol as a crutch, but none of us is perfect. My inside voice adds, sotto voce, “especially you”.

Running away in this instance is a good thing, it’s taking care of myself. It’s not forever so it’s not another doomed-to-fail attempt at a geographic cure.

Going away by myself for the first time ever is also brave and I deserve props. So, it’s going to be margaritas on the plane and by the pool and in the lounge. I will do what it takes to try and make the week what I need it to be.

6 thoughts on “Running away from home”