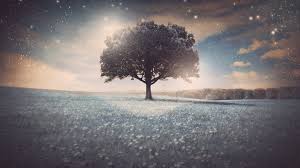 it has been four months since i last threw up. this is something of a miracle. i haven’t gone that long without purging since my twenties, more than twenty-five years ago. my brain tells me i should celebrate this milestone. treat myself – perhaps some grossly over-priced, celebrity-endorsed skin cream is in order? or a shiny new anything? my eating disorder, on the other hand, is suggesting that the perfect reward would be to binge and purge. just once more. for old times’ sake.

my eating disorder also suggests that a binge and purge would be the perfect way to reaffirm that stopping was the correct choice. do it again to prove that you don’t want to do it again. i appreciate its multi-pronged approach.

a third suggestion is that since i’ve proven i can stop, i could now do it occasionally without any real harm. i could save it for special occasions. just every once in a while, because that plan always works out well. my eating disorder is persistently still trying to kill me.

my eating is not yet what you would call natural or easy. i think about food a lot more than i’d like. it’s tiring. i want to forget about it for a bit, the way i’m able to forget about the library books that are due back, or the fact that the speed limit is not just a recommendation.

i should probably stop watching cooking shows on tv. they fuel the obsession, but they’re so tempting. it’s like watching lion-tamers or shark-wranglers. they work something i can’t, that i’m a little afraid of, and they love it. i don’t love food at all. i can barely sum up the enthusiasm to tolerate it.

that’s one of the biggest challenges you face when recovering from an eating disorder. unlike other kinds of addictive behaviours, you can’t simply give up food. you have to learn to peacefully co-exist. this isn’t true for things like drugs and alcohol.

for instance, for a period of time i abused tranquilizers. i didn’t really think of it as abuse; after all, doctors kept giving me the prescriptions. pharmacists never told me they were habit forming. i took the pills like a good little patient and didn’t ask questions. plus, i liked them. i liked the numb quiet they brought. i liked the absence of fast thoughts and the suppressing effect they had on some of my anxiety-fueled behaviours. i didn’t realize they’d become a necessity until i went to recovery and was forced to stop taking them. it was singularly unpleasant.

the thing is though, with the tranqs, i don’t have to keep them in the house. i don’t have to deal with their existence multiple times a day. i’m able to avoid them completely. i can’t get them if i don’t have a prescription, my doctor won’t write them for me anymore at my request (take that, self-destructive impulses), and local clinics won’t prescribe them, so avoidance is simplified. food is a greater challenge. you can’t give it up – trying to is partly how i ended up here.

i can’t live without food. it’s that simple. i have to eat to survive. i can’t keep the house food free. there are no restrictions on what i can purchase and have on hand; there is no one standing over my shoulder monitoring what i buy. the grocery store doesn’t ban me from problematic aisles.

the daily battles can be incredibly fatiguing. eating disorder-type thoughts still push to be present a solid sixty-five percent of the time. so i’m four months abstinent but not yet free. the weight of the eating disorder shackles is still there. supposedly, the longer i abstain, and the more i try and normalize my relationship with food, the smaller and less influential it will get. that’s the possibility that keeps me pushing on.

focusing on the painful memories helps some. i try to remember what it’s really like when you binge. it is not a good time. it feels hellish when your stomach is distended to rigidity, so much so that walking upright is a challenge. it’s painful pushing against that to get the vomiting started. it’s hard to vomit silently, but so necessary; you don’t want people to find out.

i remind myself of how disgusting it is to have slimy saliva coating your hand and arm as you shove fingers down your throat. i remember the thrill of trying to explain the blown blood vessels in my eyes. i remember how happy i am when mucus from my nose mixes with the tears streaming from my eyes and causes unattractive and infectious skin rashes.

focusing on the fact that i’ve lost a significant number of teeth as a direct consequence of purging behaviour also helps, as does remembering that cutting and self-mutilation behaviours occur when i binge and i’m currently mostly wound-free. reminding myself that i’m tired of feeling humiliated when i end up in the hospital because of laxative overdoses is also good.

going back is a path to nothing but pain and ugliness and shame and heartache.

purging is so completely disgusting that you’d think it’d be an easy thing to let go of, but it isn’t. eating disorders are like ivy– they send out shoots everywhere, and they are determined to survive. they take over so much of you that the hole they threaten to leave with their absence is a terrifying thing to face. what if i never fill it? what it i stay feeling empty and lost forever?

focusing on the bad helps some. focusing on what i’ve gained helps more. for instance, eating disorders do an absolute number on your digestive system. it slows down to a stuttering crawl. functional intestines become a memory and a myth. food moves out of the stomach incrementally. i’ve binged and purged in the evening and still had only partially digested foods from breakfast come back up. nutrient absorption is lousy. but that’s changed of late. regular elimination is a good motivator. who knew that one day i’d be excited by a trip to the bathroom?

my moods are more stable. my skin looks better. my hair falls out less, and i’m not growing compensatory lanugo. these are all wins. i’m better off financially as well. binging and purging on twenty-plus dollars of food a day is hard on the budget.

yet despite all the advantages, there is still a part of me that is grieving the loss of this abusive companion who has been with me so long. my sorrow over the loss is probably partially responsible for my eating disorder’s efforts to suggest that maybe a small reunion is in order. it isn’t, but letting go of a companion who’s been with you for a quarter of a century is no small thing.

I like writing. Words help me unpack my thoughts so that things start to make sense. Once I have both myself and the universe figured out, I plan to take up macrame. "Writing is an exploration. You start from nothing, and learn as you go." E. L. Doctorow

View all of Em's posts.